Inspiring model with a difference 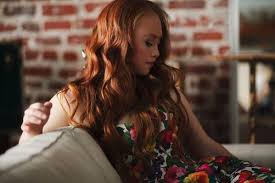 Madeline Stuart has recently burst into stardom in the fashion world. She’s modelled in a photoshoot for Manifesta’s fitness clothing line and has a limited edition handbag created by EverMaya in her name called ‘The Madeline’. She has appeared in a photoshoot for Triple L Designs and is the face of GlossiGirl Cosmetics. Maddy has graced the articles of many well-known names such as People, Daily Mail,Cosmopolitan and more.
A wholehearted 18 year old from Brisbane Australia, she got dedicated to a healthy lifestyle over a year ago and lost 20 kg’s in the process. Her before and after photos went viral around the world, she also dazzled the world with her long flowing red locks and gorgeous smile. 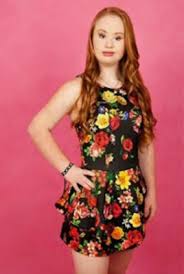 Madeline is not just your average model, she’s spirited and pleasant and just happens to have the condition, Down syndrome. She is the world’s very first professional adult model with the condition to be signed to a modelling agency.
She’s set to walk the ramp for New York Fashion Week on 10thof September, the 2nd model with the condition to strut down the catwalk, after Jamie Brewer. The fashion world is slowly becoming more inclusive with models such as Tess Holiday, an American plus-size model, Chantelle Brown-Young, a model with the skin condition vitiligo and Melanie Gaydo, who has ectodermal pysplasi, having broken into modelling with an impact. 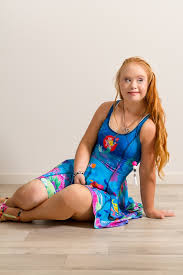 Madeline has become an online sensation in both the fashion and inclusive world, since launching her social media pages 3 months ago, with over 460 000 fans on Facebook and thousands of Instagram followers. And that number is most likely to climb even higher! Maddy who is said to love the camera ‘’ is on a mission to help change the way people look at and discriminate against disability through social media’’, according to her mother.
She has been nominated for the young Australian of the Year award and Pride of Australia. Madeline is to be presented as Model of the Year at Melange 2015, which is the biggest diversified fashion show in the States.
Back home she has her supportive boyfriend, Robbie and when not hanging out with him, her friends or mum, she can be found dancing with her dance troupe.
She’s an inspiration to all and proves that dreams do come true. A young woman who we can trust to make a mark in the world for the better.