16Oct
The group from New Zealand arrived in good old Cape Town for a 4 day tour of the city and the surroundings to see what this outstanding city is known for, such as the V & A Waterfront, the iconic Table Mountain, and Cape Point as well as visiting the penguin colony at Boulders Beach. Alfie also took them on a drive to indulge in some wine tasting in charming Stellenbosch.
From Cape Town the group headed for a safari adventure, hitching a ride with the Epic Enabled accessible truck for the Kruger National Park, followed by 3 nights in the private game reserve. They did safari drives by day and played games together at the fire pit at night under the stars.
Highlights

The group saw a vulture in it’s nest high up in the branches of a tree.

They saw the Big 5 which South Africa is so famously known for. Two leopards were even spotted; one very close to the road in Kruger and another spotted with a kill at the private game reserve where lions were even present at the same time! 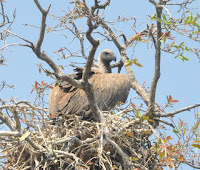 Anne (a repeat Epic Enabled traveller) had some lucky experiences such as playing with Honey the local honey badger at the private game reserve. A porcupine tried to get under Anne’s chair who eventually gave up deciding to rather sit next to her while she stroked its nose.”
Comments
‘’I’m passionate about all the animals and love being in Africa, especially the private game reserve, wish everyone could experience an Epic adventure. Was great to catch up with all the people again and see old animal friends. SA is such a special place. You are so privileged to live there, most beautiful country on Earth. Most magical trip ever, lots of ticks off the bucket list.’’ ~ Anne Larkin

”Many thanks for another fantastic time with you in Cape Town and the Kruger. On our return to NZ the guys have been buzzing with all their experiences and are wanting to get back on the plane for a return trip. Being able to see the animals in their natural surroundings – up close and personal – is a highlight.” – Moira Lipshaw