All about South Africa’s Casual Day 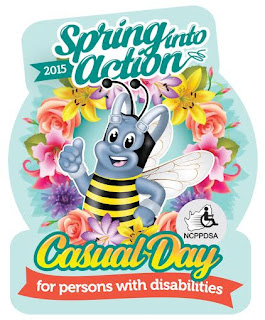 Casual Day is the country’s leading fundraiser for persons with disabilities. The day has been celebrated on the first Friday of each September since the year 1995. This year it falls on Friday the 4th in the spring month of September. You too can partake in this worthy cause by buying a sticker from participating stores or NGO’S for only R10. There are 5 different stickers to buy this year, making a colourful collection. The theme for 2015 are all things spring – so dress up and think flowers, butterflies, bugs, Hawaiian t-shirts and more! Spring into Action.
Vanessa du Plessis leads the pack as project leader of Casual Day and happily gave some information about the yearly fundraiser.
What inspired the concept of Casual Day?
The National Council for Persons with Physical Disabilities in SA, launched Casual Day along with a group of national organisations representing various disabilities with a view to becoming financially sustainable. The list of partners have grown to an exciting variety of 12 organisations – South African National Council for the Blind, South African Federation for Mental Health, Deaf Federation of South Africa, Autism South Africa, Down Syndrome South Africa, National Association for Persons with Cerebral Palsy, South African National Deaf Association, National Institute for the Deaf, Alzheimer’s South Africa, QuadPara Association of South Africa and the South African Disability Alliance.
The concept revolves around choosing a theme for the year and raising donations via a sticker. The idea is to devise a campaign where the public can dress up, but that also carries a deeper message of the project, hence Spring into Action – for persons with disabilities. By allowing donors to create their own interpretation of the theme ensures passion from all participants. The concept is also broad enough to appeal to children and adults from all walks of life.
Last year the project raised R28 million for persons with disabilities, bringing the total over 20 years to R222 million!
How are the Casual Day ambassadors chosen?
Casual Day ambassadors are all volunteers who have expressed an interest in self-advocacy. Goodwill Ambassadors are chosen because they:
– Demonstrate an active commitment to the promotion of disability awareness.
– Exemplify good citizenship and are passionate, courageous, inspiring, caring, principled,  credible and capable of acting as influential advocates for disability.
– Demonstrate leadership in their professions and a willingness to use their professional prestige and networks to promote the cause of disability.
– Represent positive role models for young people in particular.
– Are articulate and genuinely interested in the issues and willing to learn more through briefings and field visits, sometimes those involving difficult circumstances.
– Ability to reach specific audiences, including young people. Factors such as age, current following and previous work are considered.
– Reputation and integrity. Casual Day looks for individuals who share the same goals and ideals.
Are there any plans for the future of Casual Day? 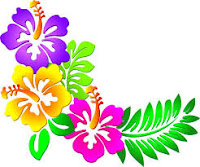 Casual Day is in its 21st year and I have recently come on board to devise new and exciting ways to ensure the projects sustainability into the future. Without letting go of what was successful in the past – the sticker, the theme and the raising of donations directly from the public – we will be looking at extending the brand into other areas. Watch this space for exciting developments!
How did you get involved with the Casual Day project?
I was recruited by the National Council for Persons with Physical Disabilities in SA, the owner of Casual Day. As the Public Relations Officer and later Deputy Executive Director of the National Council for the Blind, I was involved in the project as one of the national beneficiaries during the projects’ inception in the 90s. It was natural fit for me to come full circle to take on a major fundraising project for the disability sector.
What feelings does being project leader bring out in you?
While working with South African National Council for the Blind (SANCB), I was fortunate to participate in Project Renewal identifying the ‘poorest of the poor’ of blind citizens to ensure SANCB was meeting their needs. This was a pivotal life changing experience.
With over 20 years’ experience in the fundraising space, I relish this opportunity to ensure the sustainability of one of the best-loved brands in South Africa. It is a challenge for me because its funding model is unique. It does not fit within the traditional fundraising model where, for example, the donor pool includes only big corporate, government departments and high net worth individuals who bequeath money to organisations. Casual Day raises funds from the general public and has become one of the most established and well-loved brands in South Africa, raising donations from around 2.5 million South Africans.
In your own words how would you describe Casual Day and what the project entails?
It is a massive undertaking as we market and dispatch millions of items each year from our warehouse in Edenvale – sometimes 2000 parcels go to our participants. Our task is much more than selling stickers and merchandise.
At the core of the organisation is creating awareness of the human rights of persons with disabilities – 365 days a week. With the world economy in turmoil, there is a decline in funding for public benefit organisations from corporations and government departments. We must apply our minds to enterprise development and job creation for persons with disabilities and promote their independence from the need for funding. We can only do this by ensuring education and economic upliftment for persons with disabilities.
It is very important that we communicate the social impact of the funds. Each of the national beneficiaries and the 300 schools for learners with disabilities that raise funds through Casual Day have their own story to tell.

The National Council for Persons with Physical Disabilities in SA runs a range of projects and programmes, including the Children’s Programme, which has wrapped up a major research project to identify the status quo of children with disabilities. Results show that the majority of children with disabilities are outside of the school system. Another programme focuses on the provision of specialised wheelchairs to children as there is a huge need for wheelchairs for children with multi-disabilities, meaning children with more than one disability as would be the case in a child with cerebral palsy. A major focus of NCPPDSA is also the accessibility of public buildings and transport.
Casual Day is a fun concept but its underlying concept is a very serious one.