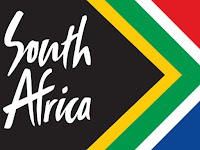 South Africa, often referred to as the Rainbow Nation, is as diverse as it gets with 11 official languages, various cultures and different traditions, and a mix of people who call the country home.
Most South Africans are able to speak more than just one of the 11 official languages; Afrikaans, English, Ndebele, Northern Sotho, Sotho, Swazi, Tsonga, Tswana, Venda, Xhosa and Zulu. The National Anthem is a true South African mix, being made up of the five most spoken languages in the country.
The country’s cuisine is largely based on meaty meals making braais (barbeques) a very popular social gathering amongst friends and families. Rooibos, a tea with a unique aroma and taste, is enjoyed by many South Africans and exported overseas for others to appreciate. South Africa is a nation with people passionate about sport, strongly supporting mostly soccer, cricket and of course rugby. Beautiful hand-crafted goods made from wire and beads are sold by vendors, that are often found on street corners and at traffic lights.
South Africa has a lot to offer; wildlife sightings, cultural experiences, natural phenomena’s and other various major tourist attractions.
A short History lesson
The two groups of people who originally lived in the area were the Southern African aboriginal Khoikhoi and San tribes. Both the Khoikhoi and San were artists, leaving magnificent works of art engrained on rocks across the country. The San, also known as Bushmen, were hunter-gatherers while the Khoikhoi were herdsmen.
Groups of Africans (Bantus) arrived from central Africa while Europeans arrived to settle and colonise the south. All brought with them their     unique cultures, skills and abilities, making up a new nation.
The migrants from parts of Africa were not all from the same culture; there were the Zulu, Xhosa, Sotho, Ndebele, Shangaan and Venda, amongst others, each with their own vibrant and interesting way of life.
South African traditional cultures
The Nguni group consist of the Zulu, Xhosa, Ndebele and Swazi, and represent nearly two thirds of the African population within the country. The Swazi culture live in Swaziland, its very own country, which is situated within South Africa and so do not represent a South African culture.
The Zulu culture is the largest ethnical group in the country with around 10 million living in KwaZulu-Natal. They refer to themselves as ‘the people of the heavens’ and are known for their impressive beadwork and basket making as well as their traditional beehive shaped grass huts scattered throughout the hills of KwaZulu-Natal. Within tribes there are warriors armed with shields who engage in stick fighting.
In the traditional Xhosa culture, men look after the cattle and take part in stick fighting as a pastime while women tend to the crops and do the housework. Dress code is important and indicates the social standing of a person, for example such as their marital status or whether they are a mother to a new baby or perhaps a widow. The initiation ceremony, where young men are circumcised and spend some time in the bush, is still practised today.
The Ndebele culture decorate their homes in lively and vibrant geometric designs, making for unique homes, and are also well known for their artwork. Women wear beadwork, neck rings and traditional blankets that are often very colourful while men will wear a breast-plate that hangs from their neck and animal skin head bands and ankle bands.
The Sotho group includes the Northern Sotho (Pedi), the Southern Sotho and the Tswana cultures and greatly differ from the Nguni group in how they manage their villages and marriages.
The Pedi culture live in the province of Limpopo in round huts, known as rondawels, made out of a mixture of clay and dung. This group of people are also referred to as Northern Sotho’s or Bapedi. Music, singing and dancing are important traditions to Pedi’s during celebrations.
The Southern Sotho people are found in Lesotho with intensely coloured blankets worn as blankets as part of their cultural identification. Their blankets are store bought, adorned with various designs, and are not made traditionally. Art such as beadwork, sewing, pottery making, weaving and house decoration are of importance while items such as sleeping mats, baskets and beer strainers that are made by hand from grass materials by the women.
Tswana is a culture divided into various clans situated in both Botswana and South Africa. Within South Africa, they are found in the northern part of the country; Gauteng, North West and the Northern Cape.
The Tsonga group is made up of the Shangaan, Thonga, Tonga people and various other smaller ethnic groups.
The Shangaan traditional group formed when their leader, Soshangane left to Mozambique, and ended up wedding local women of whom some were Tsonga, and thus forming the Shangaan people. Today the majority live within the area of the famous Kruger National Park in the province, Mpumalanga. The culture is a mix of both Zulu and Tsonga culture; with the military system and traditional dress of the Zulu’s with the Tsonga patterned thatch roofs on round huts.
The Tonga people are an ethnic group not located in South Africa but rather Zambia, Zimbabwe and Mozambique while the Thonga (also known as Tembe) established a kingdom in East Africa.
The Rainbow Nation is made up of many cultures, and home to others from other African countries, making it an interesting country to visit!