7 Empowering Webcomics About People with Disabilities 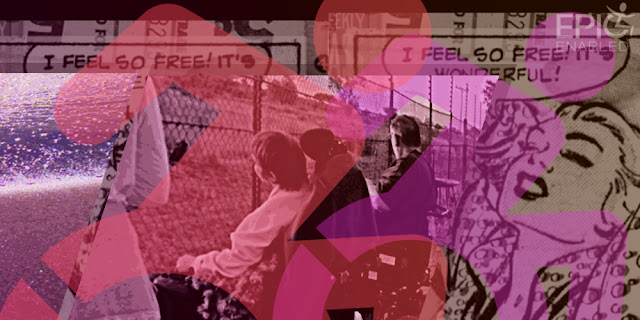 Webcomics are one part of the internet that we think needs a lot more love. They’re created by hardworking, passionate artists and writers who, more often than not, are drawing and plotting for the love of it. It’s helped many people express their visions freely, and they often do it for little to no pay.

There is an absolutely vast sea of webcomics out there, covering every genre and topic one can think of. Because we think that disability needs more positive representation, we’ve scoured the corners of the net for webcomics that not only portray people with disability well, but centres on those people respectfully: acknowledging their agency, their ambition and that they have personalities beyond being someone else’s inspiration.

If you’re into short, funny comic strips, The Disabled Life is fantastic. It’s created by two sisters, Jessica Oddi and Lianna Oddi who are both wheelchair users. They chronicle their experiences as 20-something women navigating life in a wheelchair in a light-hearted and hilarious way: touching on fashion struggles, online dating and body image.  The comics are posted with a text description for those with slow connections, small screens and vision impairments, which is a great step towards making their content accessible for everyone (and the more people who read it, the better, because it’s really great).
That Deaf Guy is another great comic strip. It’s written by husband-and-wife team Matt and Kay Daigle: he’s the stay-at-home-dad of Cedric and she works as an American Sign Language interpreter, and the web comic follows their everyday lives. It’s a very sweet, funny and light read, and occasionally,  a strip will focus on the “Dos and Don’ts” of communicating with a deaf person, which, in an ableist world, is always worth sharing.
For humour with a little more bite, there’s Cripz, which is about two high-school weirdos, Rhett and Griff, who happen to be wheelchair-users (they’re careful to mention that their weirdness has nothing to do with their disabilities,and vice-versa). The creators, Jeff Preston and Clara Madrenas, have crafted a fun, smart and unique comic with a really cool art style. Unfortunately, the comic has been discontinued (for now) but there are plenty of past strips to enjoy.
Online disability magazine Disability Intersections has a couple of webcomic series created by Anna Hamilton. She writes and draws about her experiences as a woman with multiple disabilities through a critical lens that acknowledges other marginalized identities, and how they intersect with disability. Allergies, chronic pain and anxiety are a few of the areas explored through this lens and it’s done with humour, quirky drawings and (content note) a little swearing.  It’s good for those who are looking to learn more about the social complexities of identity, and it educates without being intimidating. Like The Disabled Life, the comics are amended with a text description.

If an overarching plot is more your thing, take a look at Absent-Minded Theatre, a dark comedy/affectionate parody set in a fantasy world of magic, starring a little girl born without legs and a right arm. This little girl, Daisy, is determined, headstrong and opinionated – traits anybody needs if they have to save their single father from a witch’s clutches. The series wrapped up in January 2016, but there are pages upon pages of story for new readers to get through. (Just a little content note: it’s suitable for a more mature audience; we’d say 16+, for the youngest.)
A newer web comic, which was first released in January 2016, is The World In The Morning, which is a slice-of-life story about living with mental illness. The artwork is really rich and beautiful, the cast is diverse, and the story is sincere and sweet. The story is still very very new, but it’s rightfully made quite a few fans already and we’re definitely looking forward to more instalments!
Finally, if you’re looking for a more classic superhero story, check out Handicape, a story about wheelchair-user Ethan who discovers he has rare powers and that he has to fight a dark conspiracy involving his hometown (as well as people telling him that he’ll never amount to anything much because of his disability: the series starts off with his school guidance counsellor telling him that he won’t be able to follow his dreams of going into law enforcement and should settle for a desk job). It’s a classic underdog story that has resonance, and it will definitely appeal to any comic book fan.
Do you know of any more webcomics about people with disabilities? Let us know!