The lush, diverse African continent is full of these tales and they deserve to be preserved – so we’ve collected all of the ones we’ve posted onto our social media channels so far, with more to follow.
Here’s the first volume, first posted in June 2016:
The Elephant’s Trunk 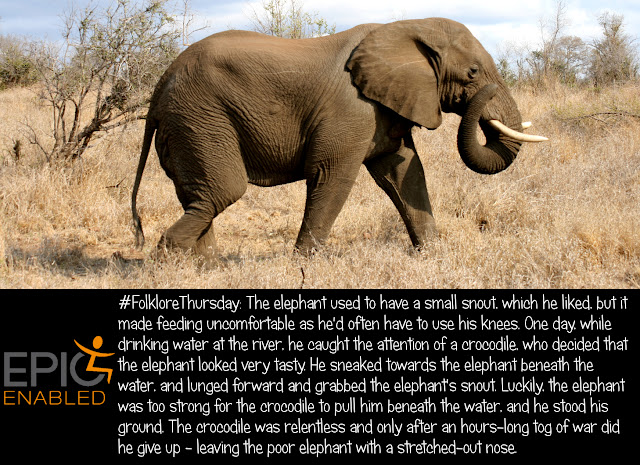 The elephant used to have a small snout, which he liked, but it made feeding uncomfortable as he’d often have to use his knees. One day, while drinking water at the river, he caught the attention of a crocodile, who decided that the elephant looked very tasty. He sneaked towards the elephant beneath the water, lunged forward and grabbed the elephant’s snout. Luckily, the elephant was too strong for the crocodile to pull him beneath the water, and he stood his ground. The crocodile was relentless and only after an hours-long tug of war did he give up – leaving the poor elephant with a stretched-out nose.
The Ostrich and the Jealous Lions 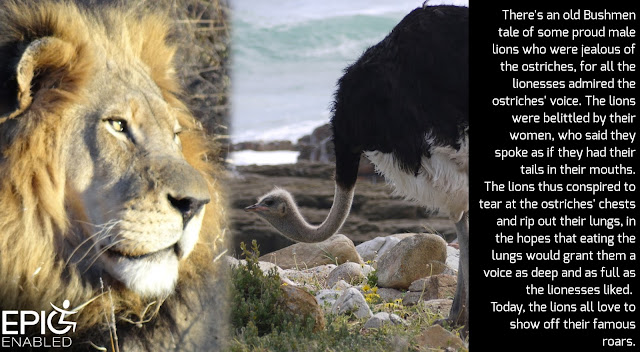 There’s an old Bushmen tale of some proud male lions who were jealous of the ostriches, for all the lionesses admired the ostriches’ voice. The lions were belittled by their women, who said they spoke as if they had their tails in their mouths.
The lions thus conspired to tear at the ostriches’ chests and rip out their lungs, in the hopes that eating the lungs would grant them a voice as deep and as full as the lionesses liked.
Today, the lions all love to show off their famous roars.
Mermaids of the Karoo 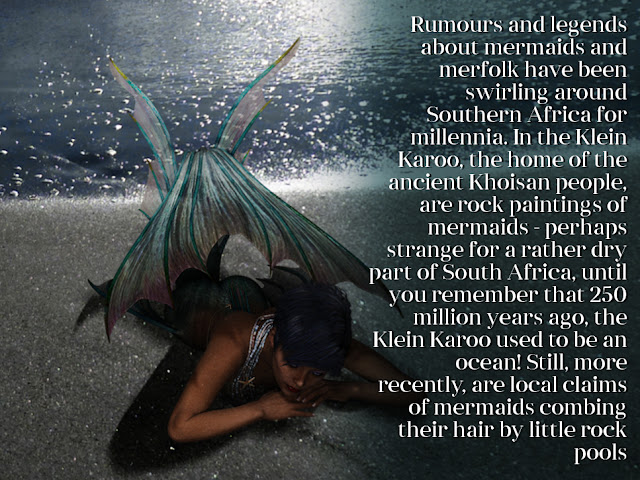 Rumours and legends about mermaids and merfolk have been swirling around Southern Africa for millennia. In the Klein Karoo, the home of the ancient Khoisan people, are rock paintings of mermaids – perhaps strange for a rather dry part of South Africa, until you remember that 250 million years ago, the Klein Karoo used to be an ocean! Still, more recently, are local claims of mermaids combing their hair by little rock pools.
You can find more stories by exploring the African Folklore tag, and you can stay up to date by following us on Twitter, Instagram and Facebook – look out for the #FolkloreThursday hashtag!