By SabineSeptember 1, 2016No Comments
Since July was inspired by superheroes and superheroics (in honour of Comic Con), we at Epic recalled some folklore tales from our continent that we felt fit the theme. The animals in these stories are totally worthy of being called heroes – read about their feats below!

How Eagle Saved Monkey from Hyena 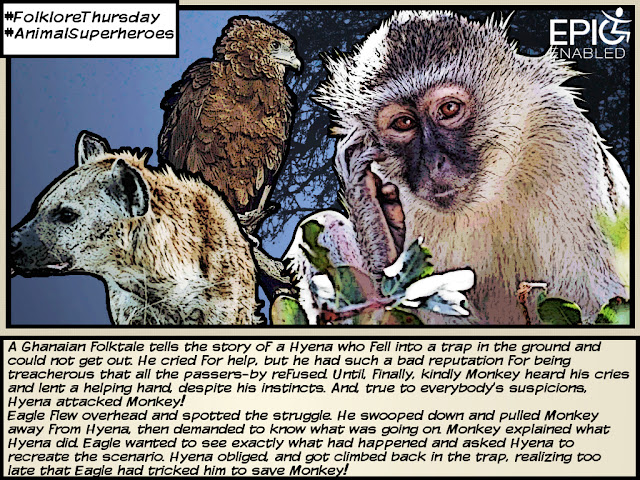 A Ghanaian folktale tells the story of a Hyena who fell into a trap in the ground and could not get out. He cried for help, but he had such a bad reputation for being treacherous that all the passers-by refused. Until, finally, kindly Monkey heard his cries and lent a helping hand, despite his instincts. And, true to everybody’s suspicions, Hyena attacked Monkey!
Eagle flew overhead and spotted the struggle. He swooped down and pulled Monkey away from Hyena, then demanded to know what was going on. Monkey explained what Hyena did. Eagle wanted to see exactly what had happened and asked Hyena to recreate the scenario. Hyena obliged, and got climbed back in the trap, realizing too late that Eagle had tricked him to save Monkey!

How Zebra Got His Stripes 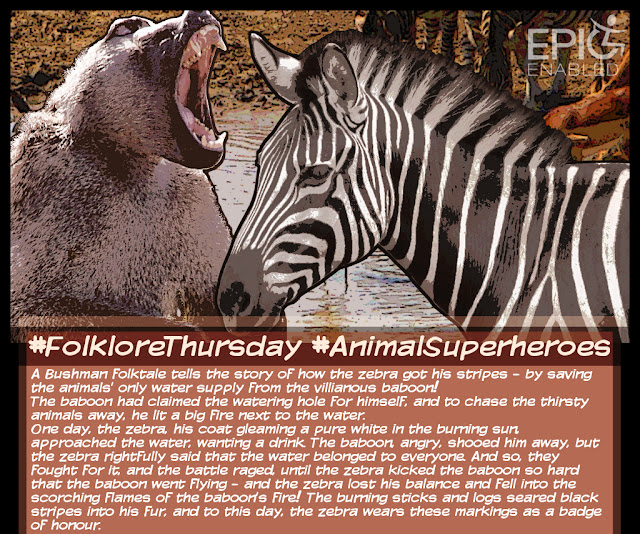 A Bushman folktale tells the story of how the zebra got his stripes – by saving the animals’ only water supply from the villianous baboon!
The baboon had claimed the watering hole for himself, and to chase the thirsty animals away, he lit a big fire next to the water.
One day, the zebra, his coat gleaming a pure white in the burning sun, approached the water, wanting a drink. The baboon, angry, shooed him away, but the zebra rightfully said that the water belonged to everyone. And so, they fought for it, and the battle raged, until the zebra kicked the baboon so hard that the baboon went flying – and the zebra lost his balance and fell into the scorching flames of the baboon’s fire! The burning sticks and logs seared black stripes into his fur, and to this day, the zebra wears these markings as a badge of honour.
How the Hare Saved the Animals 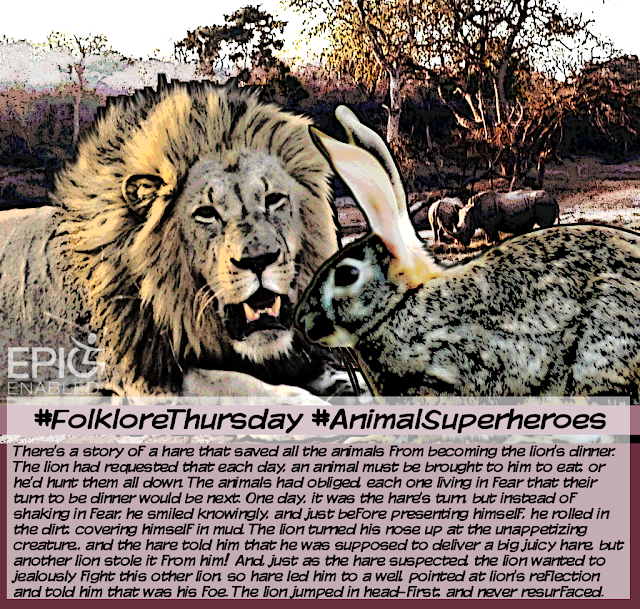 There’s a story of a hare that saved all the animals from becoming the lion’s dinner. The lion had requested that each day, an animal must be brought to him to eat, or he’d hunt them all down. The animals had obliged, each one living in fear that their turn to be dinner would be next. One day, it was the hare’s turn, but instead of shaking in fear, he smiled knowingly, and just before presenting himself, he rolled in the dirt, covering himself in mud. The lion turned his nose up at the unappetizing creature,, and the hare told him that he was supposed to deliver a big juicy hare, but another lion stole it from him! And, just as the hare suspected, the lion wanted to jealously fight this other lion, so hare led him to a well, pointed at lion’s reflection and told him that was his foe. The lion jumped in head-first, and never resurfaced.