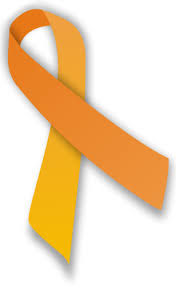 Multiple Sclerosis is an often disabling condition that affects more than 2.3 million people throughout the world. The disease affects an individual across a broad range of dimensions including emotionally, physically and spiritually.
MS is considered an autoimmune disease meaning that it is a disease that attacks and wreaks havoc on your body without cause. It has an effect on the central nervous system causing the brain to struggle to communicate with the body. As the immune system attacks and destroys the myelin (protective lining) that covers the nerves, the myelin is worn away and disrupts communication between the brain and nerves, creating a variety of symptoms. Myelin that is damaged forms scar tissue hence the naming ‘sclerosis’. The often unpredictable disease is believed to be triggered in genetically susceptible individuals. There is no cure as of yet!
Multiple Sclerosis types
MS warriors may have one of 4 types of the disease and experience mild, moderate or severe symptoms.
Relapsing Remitting Multiple Sclerosis
Relapsing remitting MS is the more common of the types with 85% of multiple sclerosis warriors dealing with it. Those that fight relapsing remitting MShave flare ups or relapses (attacks) that result in a diverse range of symptoms. These relapses may last for several days or months at a time before the warrior experiences fading of the symptoms.
Progressing Relapsing Multiple Sclerosis
Progressive relapsing multiple sclerosis is the rarest of the types of the disease. Symptoms worsen over time, but with periods of flare ups or attacks and recovery. MS warriors generally do not completely recovery after an attack. Often disability is caused as a blend of the disease progressing and only partial recovery after flare ups.
Primary Progressive
Primary progressive multiple sclerosis affects between 10 to 15 percent of MS warriors and is the more serious of all forms of the disease. Symptoms develop and get worse from the time of onset of the disease and do not decrease in intensity. Rather than appearing in sudden relapses and fading in recovery periods, symptoms only gradually worse. As the disease gets progressively worse it often leads to disability.
Secondary Progressive
Of those that have been diagnosed with relapsing remitting MS, many go on to have secondary progressive multiple sclerosis, some 10 to 15 years after being initially diagnosed. Often those affected by this type of the disease experience a change in pattern, with periods of attacks and recovery still occurring but recovery is often partial and symptoms during attacks become worse and more intense over time.
Symptoms
No two people have exactly the same symptoms, and each person’s symptoms can change or alter over time. Symptoms fall into 3 groups; primary, secondaryand tertiary.
Primary
Depression,
Stress and anxiety,
Cognition changes,
Changes in appetite,
Weight loss and gain,
Insomnia,
Fatigue,
Weakness,
Numbness or tingling,
Vision problems,
Sensitivity to heat,
Dizziness or vertigo,
Muscle weakness,
Visual disturbances,
Balance problems,
Memory loss and,
Loss of bowel or bladder control,
And more…
Secondary
Secondary symptoms are the complications that are a result of primary symptoms.
Tertiary
Tertiary symptoms are the negative effects that multiple sclerosis has on an individual, such as social and psychological aspects among others.
How to cope with a MS diagnosis
-Learn as much as possible about MS
-Understand that MS symptoms are unpredictable
-Don’t delay treatment
-Find support and don’t give up hope
Living with MS
-Track your MS symptoms
-Avoid MS triggers
-Exercise
-Follow a healthy diet and nutrition plan
-Acupuncture
-Stress management
Manage relapses (attacks or flare-ups)
Relapses occur as a result of inflammation in the central nervous system (CNS). It is suggested to contact a GP or other relevant specialist as soon as an attack comes to light, to inform them about symptoms experienced and difficulties the symptoms may be causing. Rest is often advised along with a healthy nutrition plan and medication is sometimes given.