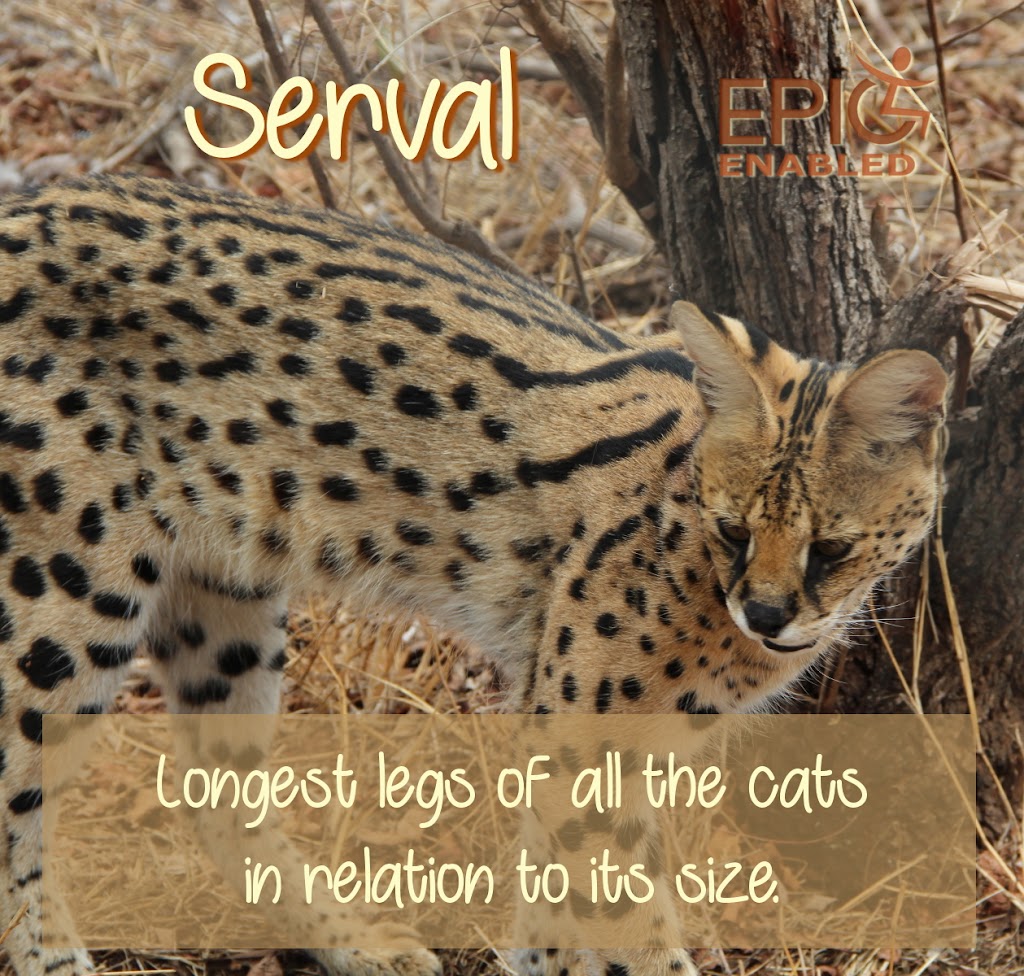 2nd out of our 6 featured “Cats” … The elusive Serval: 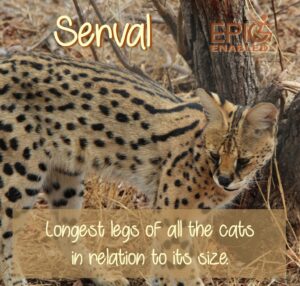 The SERVALis a slender, medium sized cat which prefer areas of bush, tall grass, and dry reed beds near streams, but they are also found in high-altitude moorlands and bamboo thickets.  The serval’s coat is yellowish-tan, with black spots, bands and stripes. The closely set ears are black on the back with a horizontal white band. The short tail is ringed with black, and the underparts of the body are white or light tan.
Lifespan: 10 – 12 years in the wild and up to 22 years in captivity
Speed: 80km/h
Scientific name: Leptailurus serval
Mass: 8 – 18kg (females tend to be lighter)
Height: 54 – 62 cm (adult at shoulder)
Did you know:
Long legs: The serval has the longest legs of all the cats, relative to its size.
Elusive: Active in the day as well as at night, servals tend to be solitary with minimal social interaction. Both sexes establish highly overlapping home ranges of 10 to 32 km2.
Servals are carnivores – they prey on rodents (particularly field rats), small birds, frogs, insects and reptiles.
Hunting: The serval uses its sense of hearing to locate the prey; to kill small prey, it leaps over 2m above the ground to land on the prey on its forefeet, and finally kills it with a bite on the neck or the head.
Fast maturing: Mating takes place at different times of the year in different parts of their range, but typically once or twice a year. After a gestational period of two to three months, a litter of one to four is born. Weaning occurs at one month, and kittens begin hunting on their own at six months. The juveniles leave their mother at 12 months.
Habitat: The serval prefers areas with cover such as reeds and tall grasses and proximity to water bodies, such as wetlands and savannahs.