From Biomechatronics to Stair-Climbing Wheelchairs: Technology for Accessibility 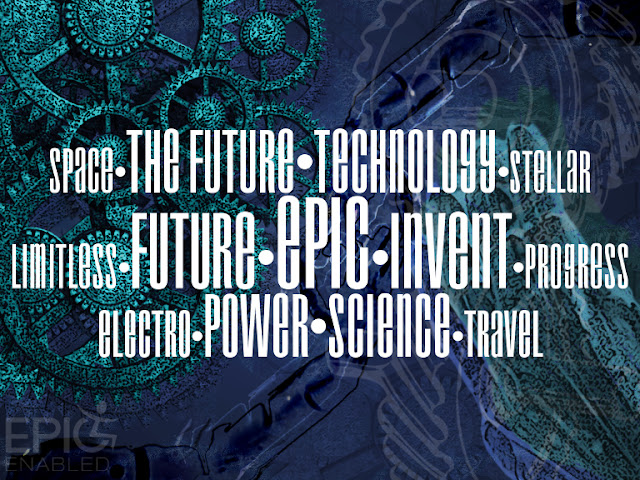 The future is now.

Modern science ultimately exists to better humanity, and although there are very differing opinions on what “bettering humanity” is, this writer thinks we can all agree that investing in technology that helps improve the lives of the differently-abled is an unambiguously good thing.

Not only is it good, but it’s pretty cool, too.

There’s the seemingly-minor upgrade to the Apple Watch, which encourages wheelchair-users to wheel or spin around at regular intervals. The Apple Watch currently prompts those without physical disabilities to get up from their desks – but this is at the expense of inclusivity, since everybody benefits from some kind of exercise. It may seem small to some, but it is a step towards mainstream inclusion of all bodies, particularly since this is a feature of a free software upgrade, so no new hardware or extra money would be required.

Specialty hardware is important, however, and has been around for decades. Maltron, a manufacturer of specialized computer keyboards for various physical disabilities, was founded in 1977! They make one-handed keyboards (for both the left and the right hands), single-finger keyboards, and even keyboards for use with a head or a mouth stick. There is also a keyboard made with recessed keys for those with cerebral palsy.


The IntegraMouse Plus is used via minimal lip movements, making it great for paraplegic users, or users dealing with multiple sclerosis. It comes enabled with a joystick mode for computer games too.

There’s also the enPathia, which can be thought of as an adapted mouse. It’s a small sensor that can be attached to a band, which can then be attached to any part of the body, at any position. There’s a lot of emphasis on the product adapting to the user, so there is no discomfort or steep learning curve when using enPathia. It can be used on the head, forearms, even feet!

Computer peripherals that are adaptable to all needs are essential for allowing everyone to work, access information, express creativity and communicate. Very recently, another big stride has been made towards easing communication: the SignAloud gloves, invented by two university students at The University of Washington, allow users of American Sign Language to communicate by translating the hand movements to spoken word. Although the gloves are still very much in the prototypical stages (the gloves only work via Bluetooth, which is becoming less widely used), the applications are potentially far wider. They’re small and lightweight, they don’t cover up the user’s entire arm or body, and they don’t need any video input, making them much more accessible for everyday use.

Easing communication and enabling people to work is vital, but so is easing movement, of course. Advancements in technology for mobility has made leaps and bounds within the past 20 years. Wheelchairs don’t need to be just for basic, two-dimensional movements anymore, since the IBOT Wheelchair’s inception in 1999. The unique thing about the IBOT is that it lets you climb stairs, by using its two sets of powered wheels, which rotate about each other. The user can also rise to 6ft from a sitting level, and can travel on various terrains, like sand, dirt, gravel and even (3 inch-deep) water.

Unfortunately, the IBOT is no longer for sale, due to a lack of demand contributing to high retail prices that couldn’t be fully covered by insurance policies. However, Toyota has recently partnered with DEKA Research and Development to revive the wheelchair, so there is hope yet.

More readily available are very sci-fi – but quite real – biomechatronic exoskeletons. There’s the Ekso, a bionic suit that the user literally wears which is made for those with weaknesses in their lower limbs, allowing them to stand and walk. There’s also the ReWalk, which the company describes as a “wearable robotic exoskeleton” to give hip and knee motion to spinal cord injury sufferers. They can then stand, walk, turn and use stairs. Another similar product, the Keeogo, uses sensors at the knee and hip joints to literally detect what movement you want to do, and helps you achieve it. The manufacturer, B-Temia, says that this human-machine interface “injects biomechanical energy at joints” which helps restore, maintain or augment their biomechanical functions.

Some folks with mobility difficulties may soon get a lot of use out of very technologically advanced prosthetics such as this prosthetic arm, the fingers of which can be moved individually with the user’s mind.

It’s not yet available to the public; this was a study done at John Hopkins University. The test subject had to just think about finger and hand movements for the prosthetic to follow. This was made possible by electrodes being connected to his brain, and the study is notable because of the information gathered via these electrodes.

It would be really cool if a mechanical limb such as that were to be used with some kind of heat- and touch-sensing artificial skin – which actually does exist!

There are two separate research groups, in the US and in South Korea, who have already developed prototypes. In the US, at Stanford University, Zhenan Bao’s team has already developed a “skin-like self-healing polymer material” and an electronic skin that changes colour depending on the pressure applied to it. Their skin, the Digital Tactile System (DiTact) is an “artificial mechanoreceptor system”, and is a thin plastic two-layered sheet . There are sensors in the top layer that relay pressure information to a flexible electronic circuit in the bottom layer. Here, the information from the sensors is translated into pulses of light which will then be transmitted to nerve cells via light-emitting diodes.

In South Korea is Hyonhyub Ko’s research group, at Ulsan National Institute of Science and Technology. When pressure is applied onto their two-layered skin, electrodes within both layers connect, and the sensors’ electrical conductance and resistance both change. Because of the microscopic ridges, the skin is super sensitive: it can detect water droplets and single hair strands!
It’s only a matter of time (and corporate investment) until these technologies are made into products that are easily accessible to the public. We think that, in a world where science is making leaps as bold as this one, and in a world where mobility and accessibility is not only amended but also enhanced, the possibilities for advancements in all areas are boundless.
Take a look through the gallery below:

Do you agree? Would you give any of these inventions a try?