Enjoy these three true stories about the real-life animals heroes of this epic continent! 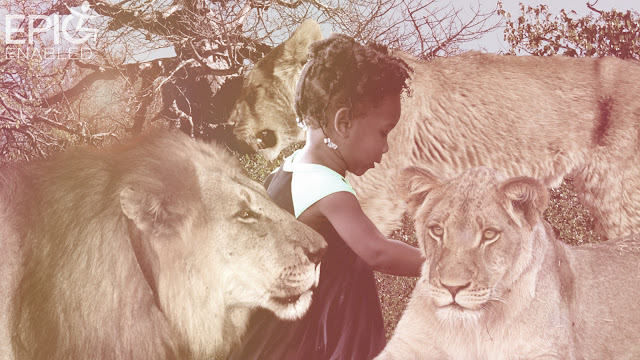 In Ethiopia, not so long ago, a little girl was kidnapped by a group of evil men. They held her captive for a week, until three lions came to her rescue!
Defying their reputations for being ruthless attackers, the lions kept the little girl safe from harm until she was found by the police and her family. Upon the other humans’ arrival, the lions humbly retreated into the forest.

2)  The Mothering Instincts of the Chimpanzee 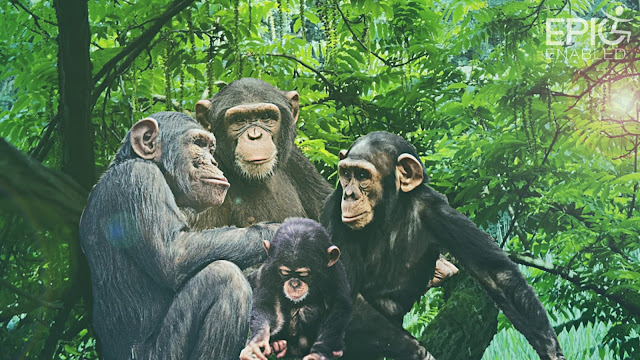 A chimpanzee baby was seemingly not like the others. This baby had weaker legs, was much smaller and couldn’t keep her mouth closed. The poor baby also had a growth on her stomach and could not eat solid foods.
Mother chimp showed amazing patience with her little daughter. She fed her milk long after all the other babies her age had moved on to eating solids. She refused to allow others to take of her, with the exception of one of her other daughters. She made do with using just three limbs to climb trees so she could hold her little girl.
Without her love, the little chimpanzee baby would not have survived for as long as she did (sadly, she died before the age of two, possibly due to malnutrition).

3) The Lioness versus the Crocodile 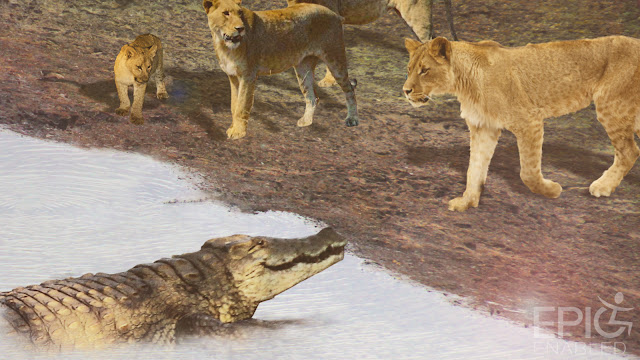 A lioness was one among her tribe needing to cross a river – a river with a deadly crocodile lurking in its waters. In a split second, she had her claws out, her teeth bared and she was fighting the crocodile! Her front legs gripped the crocodile’s jaws as she dunked the beast below the waters! The crocodile tried to to bite her, but in vain. He ran away in fear, and all the cubs and the other lions could go about their day.