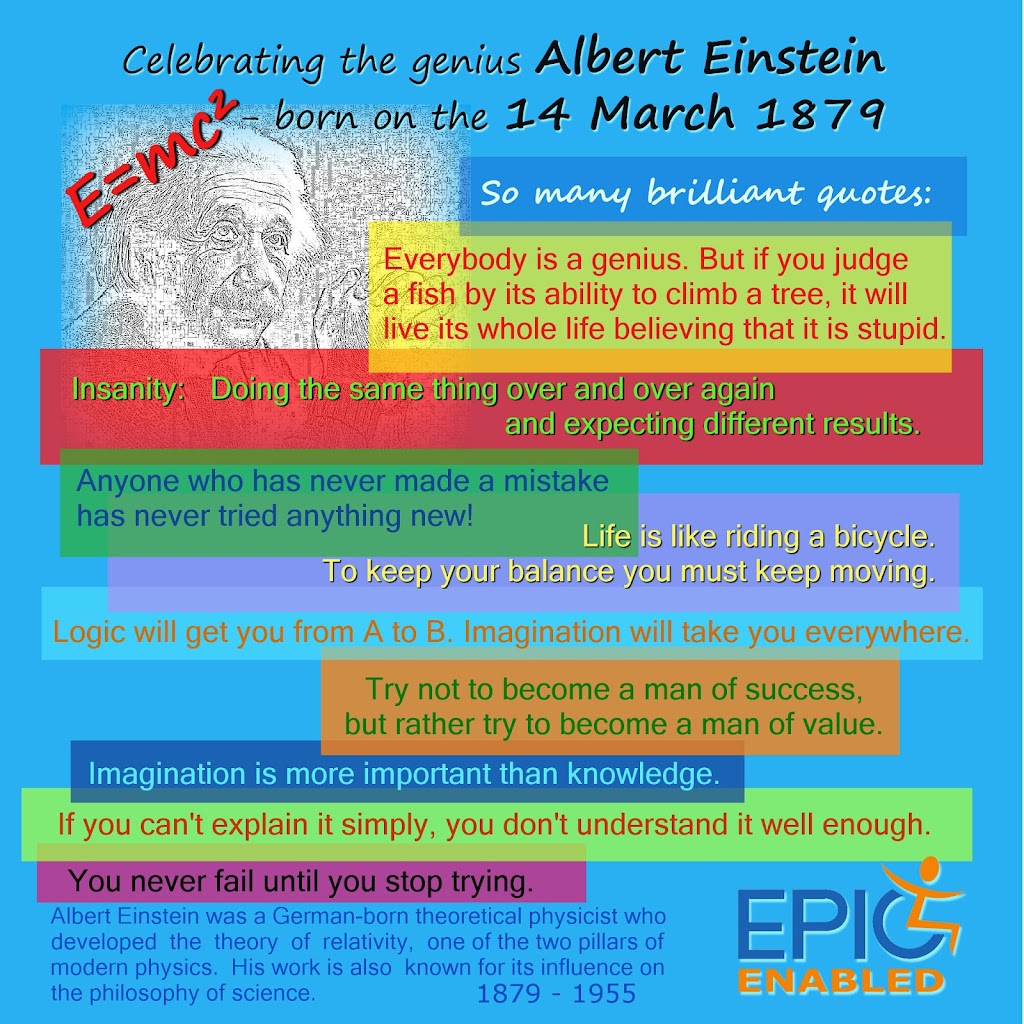 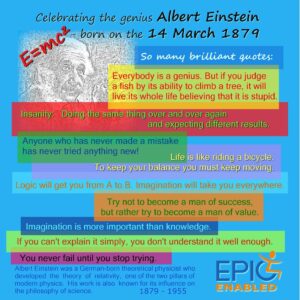 So many brilliant & inspiring quotes:

• Everybody is a genius. But if you judge a fish by its ability to climb a tree, it will live its whole life believing that it is stupid.
• Insanity: doing the same thing over and over again and expecting different results.
• Anyone who has never made a mistake has never tried anything new
• Life is like riding a bicycle. To keep your balance you must keep moving.
• Logic will get you from A to B. Imagination will take you everywhere.
• Try not to become a man of success, but rather try to become a man of value.
• Imagination is more important than knowledge.
• If you can’t explain it simply, you don’t understand it well enough.
• You never fail until you stop trying

Albert Einstein was a German-born theoretical physicist who developed the theory of relativity, one of the two pillars of modern physics. His work is also known for its influence on the philosophy of science. – Wikipedia